How to Update a Blog Post for Better Traffic, Money, and Email SubscribersDo you have hundreds of posts on your site that don't get any traffic? Don't delete old blog posts - update them for even better traffic!On Clarks Condensed, we have nearly 2000 published posts.However, the majority of our traffic definitely is driven to probably about 20 posts.I mean, I get traffic to a lot of my other posts, but sometimes I think, "It would be nice if I got this same traffic to
END_OF_DOCUMENT_TOKEN_TO_BE_REPLACED

I started blogging right around the tail end of when it was a huge driver of traffic for people without much effort having to be put in. There were no algorithms. Having tons and tons of followers was the ultimate goal. And if you pinned something, it would almost certainly do well. Well, that's not the case anymore, and while Pinterest still is a huge driver of traffic, you do have to work a little harder for it. I have also realized this year just how dependent my traffic is on Pinterest, and
END_OF_DOCUMENT_TOKEN_TO_BE_REPLACED 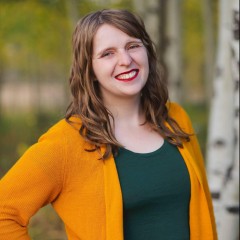